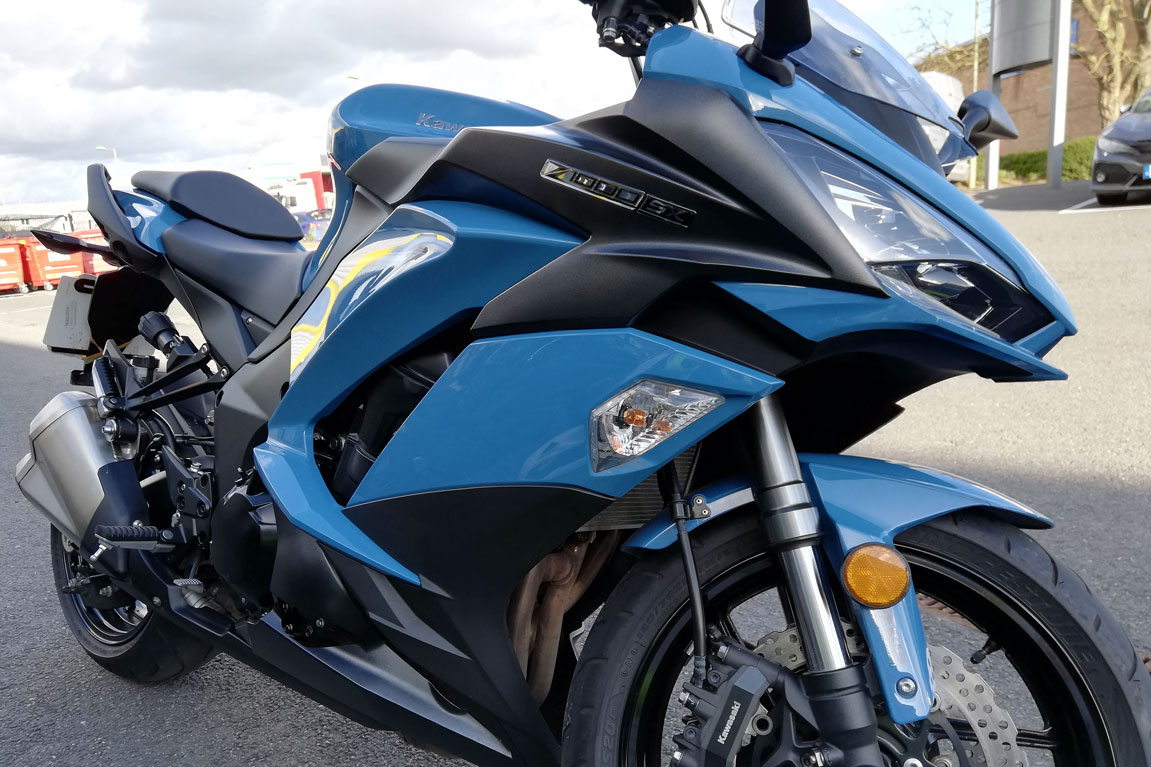 So what motorcycles have I owned so far?

The first bike I bought was a Honda CBF125 just after I’d passed my CBT in 2016. I went through the used bike classifieds and found this little beauty, complete with top box and L-plates already installed.

This trusty steed never let me down. I used it for commuting to work as much as I could. It was a 10 mile commute and doing it by motorcycle took just about as long as getting on the Underground. Except there were no trains being taken out of service, or people coughing on me. And while a simple return ticket into the City was £7.80, this little beauty could do 200 miles or 2 weeks’ worth of commuting on a full tank of fuel costing around £12.

Riding the CBF125 for a year was great practice for all the controls (brakes, clutch — not so much throttle!) and techniques (filtering, manoeuvring around hazards, shoulder checks etc) to build up muscle memory.

This bike was a great little workhorses, super reliable, never let me down. But it was a 125 so not super-exciting. I couldn’t wait to pass my DAS and get my first “big bike”.

Finally I passed my MOD1 and MOD2 tests and could legally ride any motorcycle. My first “big bike” was a Kawasaki Ninja 650. It was an ideal first bike for someone new to motorcycling. Powerful and capable enough to be exciting and challenging, but not so much that it was scary or life-threatening if my concentration dropped. More about why I chose this particular model here.

With this bike, I continued to learn and practice my technique.

I nicknamed her “Veronica”.

Whilst the CBF was the one that “popped my cherry”, Veronica was my first great love. I looked after her, fitting all sorts of crash protection, radiator guards, downpipe grille, lathering her in ACF-50.

And she looked after me, helping me learn more about throttle control, cornering etc. We did the IAM RoadSmart course, and passed the exam together. We toured. We had track days.

Unfortunately, Veronica was limited in many aspects. The OEM tyres were terrible in the rain. So I upgraded them to Pirelli Angel GT2’s as soon as I could find an excuse (the rear was sort of kind of hinting that it wanted to square… I think…). The front suspension was very soft and non-adjustable. I upgraded the fork springs with some new progressive Hyperpro ones thanks to a recommendation from a friend at the local IAM group and they made the ride and stability on bumps and corners much better! The rear shock had to be almost maxed out in pre-load to take my fat-bastard weight.

Most importantly, it was not really suitable for a pillion.

My daughter wanted to come on my rides now. And, foolishly, I’d convinced my 70 year old dad to come with me on a trip to the Isle of Man… it was time to get something a little bit more substantial than the parallel twin 650.

After doing my research and several test rides, I settled on another Kawasaki, this time a Z1000SX (or as it’s known everywhere else in the world, a Ninja 1000). A few of my buddies in the local IAM group had the same model and vouched for it. I liked the looks, and eventually found a good deal on a fairly underused second hand model with some factory warranty still valid.

Frankie arrived at an “interesting” time, just a few days before the UK Coronavirus lockdown was announced. So, unfortunately, we haven’t had many adventures yet. And the trip to the IoM with my dad has had to be cancelled. Tough times, but at least we got to work on some videos, old footage, and this website!